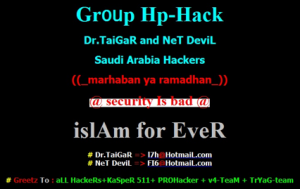 A while ago I had a couple of clients call me up, quite upset because their websites had been hacked. In both cases I had previously reminded them that their websites were overdue for security upgrades, which they had chosen to postpone. As it happened, both sites were also of a religious nature. The site owners were concerned that they had been targeted because of their site’s subject matter.

Given the climate around religion these days, I can understand their concern. When you invest a lot of time building up your site and content, it’s hard not to take it’s defacement personally. Hacking not only causes you stress and money, but it can impact your credibility with your users.

The one small bit of good news is, in most cases it has nothing to do with you personally, or your website. Unless you are a high profile target like a government or financial organization, chances are your website has been targeted because your content management system is either missing the latest security upgrades or has a vulnerable third party add-on.

Only a small portion of hacked websites are targeted because of who operates them or their content. The vast majority are hacked, simply because they can be.

A fair analogy would be a thief walking down a street trying all the front doors until they find an open one. That’s the house they’ll rob. They don’t know, or care, whose house it is. All they care is that the door is open. Hacks that resemble the example above are generally minor and the web equivalent of a “smash and grab”.

Regardless of the motivation of the hacker, it’s always a good idea to keep your website software up to date to prevent unwanted intrusions into your website. Hacking is stressful and it can sometimes be expensive to fix a hacked site.