Online Shaming Can Get Out of Hand 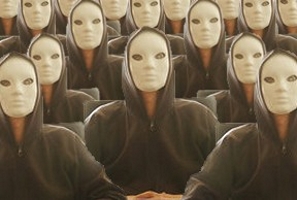 One of the great things about social media is ability to spread information far and fast. The news is full of heart warming stories about lost pets found, missing people reunited with family, stolen items recovered; all aided by social media. This is wonderful, when used in an honest and positive way.

Unfortunately, there is a flip side.

Well meaning people can be duped into taking part in a virtual lynch mob.

There are numerous instances where innocent people have had their lives turned upside down, even threatened; and people or companies who have had their reputations tarnished by people who were incensed by postings that were either accidentally, fraudulently, or maliciously misleading.

Even in cases where the person may actually be guilty, online attacks have, on occasion, moved into the real world, and even spilled over to affect family and friends of the intended target. People have been forced from their homes in fear, businesses have had to shut their doors, people have lost their jobs.

So, what to do when you see a post that makes your blood boil and calls to you to take action?

There are usually minimal facts provided (generally just a photo and a few words), not enough to make an informed decision. If you are able to find more information about the issue and there would be some benefit in contacting legal authorities, political representatives, or some other authoritative body that is in the position to deal with the issue legally, then by all means do so, otherwise the best course is to do nothing.

Online shaming can do far more damage than good. If the offence is that serious then it should be up to legal authorities to determine a person’s guilt or innocence. If the offence isn’t illegal then is it really worth putting a person’s livelihood, reputation; and even their safety, and the safety of those close to them at risk?